If you think that niching down cuts into your earnings, think again. We’re talking about how to easily profit from your niche.

As you know, I’ve been a proponent of niching down for a long time. And if you still aren’t sure that the “riches are in the niches,” this episode is sure to change your mind.

My guest, Tamara Bennett, has built an empire with her site, Southern A-Door-nments Decor. You will be inspired as you hear how Tamara has built her business by teaching people how to paint door hangers.

But first, if you haven’t joined my Facebook group, I want to encourage you to do that today! Every Monday at 3:00 EST, I go live in the group to talk about that week’s podcast episode.

I go over the highlights, what I’ve learned, and what I think is important for you all to take away from the discussion.

It’s a great place for you to ask questions and to share your knowledge with others. I hope you’ll join me! 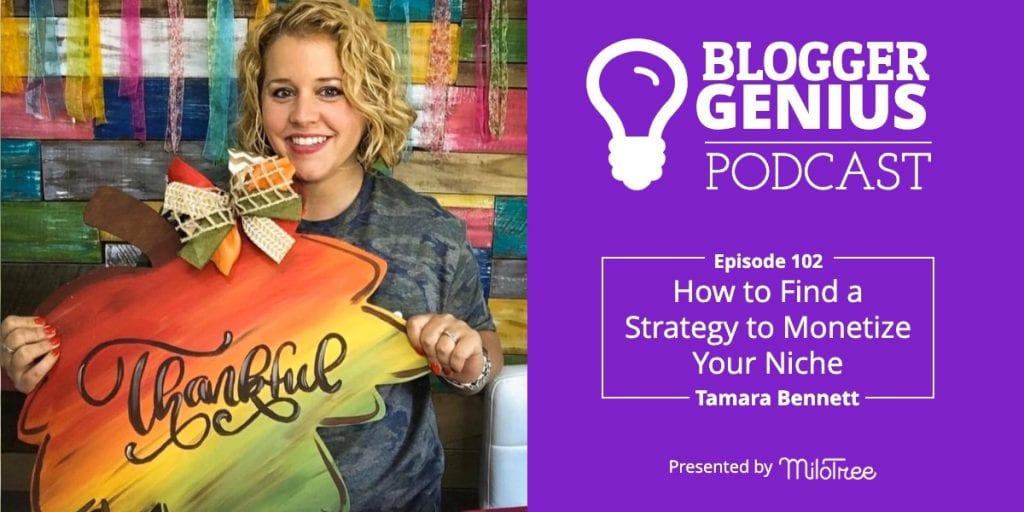 How to Find Your Niche

Have you ever gone to a direct sales party in someone’s home?

I’m sure most of you have. But, did you ever think of starting your own style of the in-home party? That’s exactly what Tamara did!

She began by hosting painting parties in her home while her husband was deployed. But when he came home, she felt the need to discontinue the parties she was having at home.

However, she missed the camaraderie of the other women so much that she decided to offer to do the parties in the homes of others.

She would allow the hostess to paint her project for free and the guests each paid a fee for all of the materials needed to create their own personalized door hanger.

Word spread quickly as the women began hosting parties for their own friends. 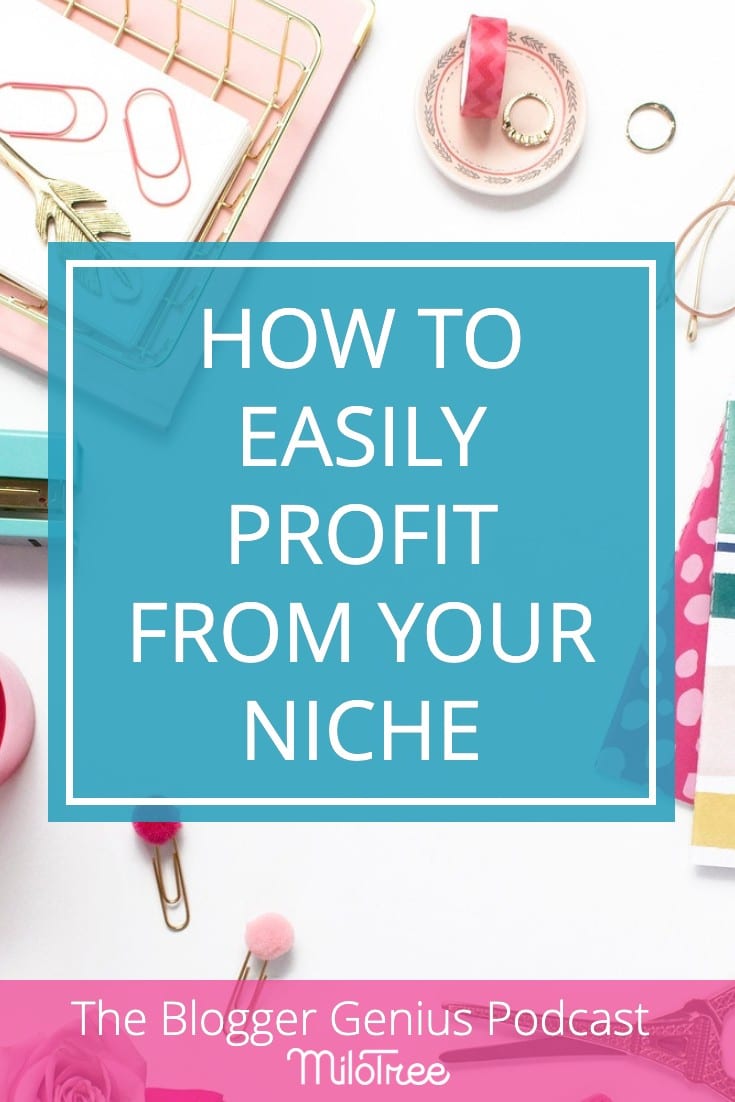 Tamara admits to being an early adopter of new technology, so when Facebook started, it was no different.

She decided to do a live video while she created a bow for one of her door hangers from the parties.

The live videos quickly became almost addicting for Tamara. She loved the fact that she could be at home, working on her crafts, but still be carrying on conversations with friends who were watching.

She figured people would like to see the process, and again, it provided her with that sense of community that she longed for.

Tamara noticed that her audience was divided into two segments: those who wanted to learn to paint, and those who just wanted to watch.

People were already asking questions and Tamara was teaching as best she could during a Facebook Live, but she realized there were better platforms to teach her audience.

A few days before she launched her membership site, she began doing Facebook Lives every day, talking about the new site and all the benefits of joining.

When she officially opened the site a few days later, 407 people joined immediately. 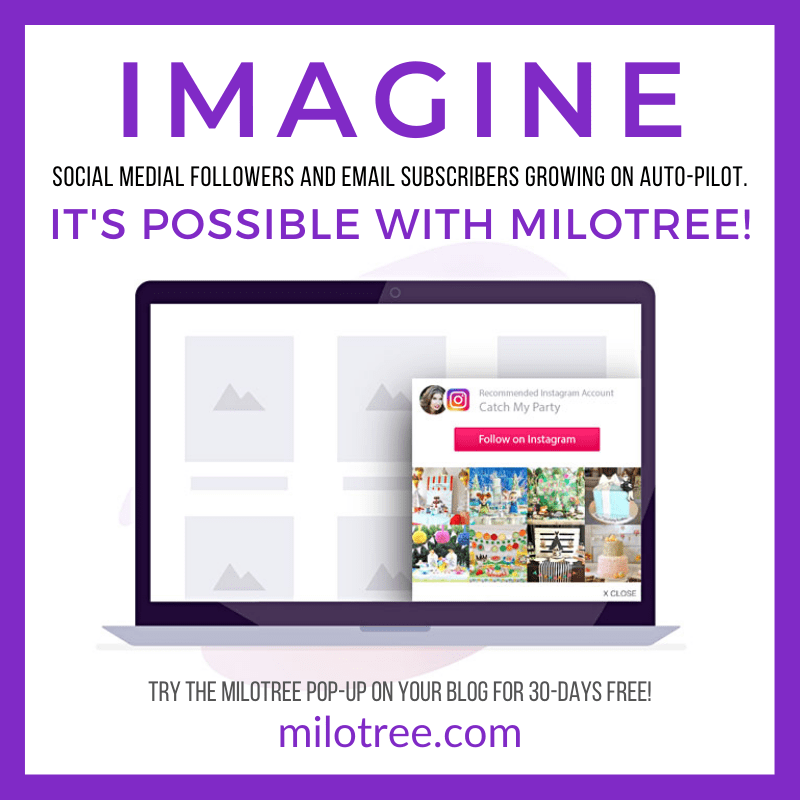 When Tamara started her Facebook Live videos, she had around 2,500 followers.

A year later Tamara had 5,000 followers, without running any Facebook ads. And that’s when she hired a coach to help her continue to grow her page.

The main things the coach told her were to be consistent with her videos and to show her face in every video.

Tamara hired her business coach when she had 5,000 Facebook followers, in August of 2017.

At this point, Tamara hired someone to manage her Facebook ads.

After four months of running Facebook ads, she had 15,000 followers. She doubled her followers in just 4 months.

How to Build a Team

As your business grows, you get to a point where you simply can’t do everything yourself.

Tamara now has a Director of Operations. She helped build Tamara’s website, manages the membership site, and she is also responsible for delegating tasks to other team members.

The beauty of an operations manager is that it frees you up to focus on those tasks that have the biggest ROI, rather than spending your time micromanaging your team members.

Adding a Blog to Your Business

One of the things I found fascinating about Tamara’s story is that she has only recently added a blog to her offerings.

She and her team are posting to the blog a few times a week, focusing on content that is relevant to people who are interested in painting door hangers.

It may seem counter-intuitive to start a blog after your business is successful, but your social media posts don’t stick around like blog content does.

Stay in Your Lane

One of the things that Tamara struggled with when she first started was comparing herself to others.

Her advice to anyone starting a blog or online business is to not worry about what the competition is doing.

The moment she decided to focus on her community, and on the path she was taking was the moment everything changed for her.

We all have an innate need for community, so I want you to think about your own business and figure out how you can create that sense of community for your audience.

I’m building a community in my MiloTree Mastermind Group on Facebook. If you aren’t a member, please come over and join us!

Read the transcript for “How To Easily Profit From Your Niche”

It can be with MiloTree!

Try the MiloTree pop-up app on your blog for 30 days risk-free!

Install your MiloTree pop-ups on your site in under two minutes. 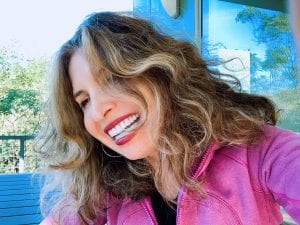 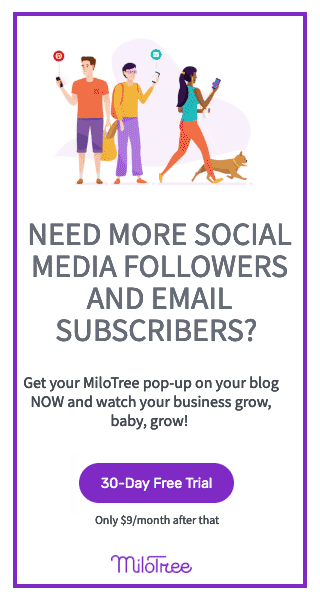